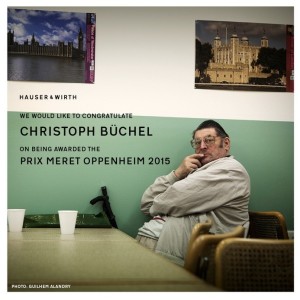 The police in Venice closed an art installation in the form of a functioning mosque on Friday morning, after city officials declared the art project a security hazard and said that the artist who created it, Christoph Büchel, had not obtained proper permits and had violated laws by allowing too many people inside the mosque to worship.

The provocative project, made inside a long unused Catholic church, serves as Iceland’s national pavilion for the 56th Venice Biennale and was intended in part to highlight the absence of a mosque in the historic center of Venice, a city whose art and architecture were deeply influenced by Islamic trade and culture. The issues the installation raised also went to the heart of the debate raging across Europe about Muslim worship and culture as immigration from Islamic countries rises.

Mr. Büchel, 48, has become known for such projects, transforming art spaces and other public institutions with hyper-realistic, walk-in installations that skewer the hypocrisies and political contradictions of the art world and the world in general. He transformed the church visibly and boldly into a mosque, adorning its Baroque walls with Arabic script, covering the floor with a prayer rug angled toward Mecca and hiding centuries-old crucifix motifs behind a towering mihrab, or prayer niche.