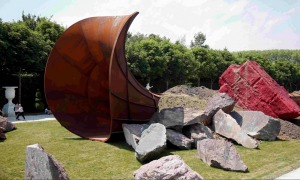 French conservatives are outraged over Anish Kapoor’s work in Versailles. But he’s not the first artist to bring sex into the country’s establishment.

Anish Kapoor is putting the vagina in Versailles. Why on earth are the French so shocked? What has happened to the nation that gave us Courbet’s explicit painting The Origin of the World, among other masterpieces of French sauce?

Kapoor is an artist who defies the classical rules of symmetry and order that prevail at Versailles: an artist of carnal mayhem and rollicking cosmic comedy. He is also an artist with a love of life. Lighten up, this is the joyous Rococo reborn.