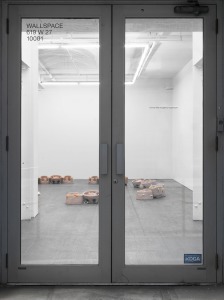 The art business is booming, but many galleries are barely getting by. One German expert thinks he knows the answers.

On Tuesday, the highly respected Wallspace gallery in Manhattan’s Chelsea neighborhood announced it would close its doors permanently on Aug. 7. The lease was up, and “it necessitated a reevaluation,” said Jane Hait, who co-founded the space with Janine Foeller. “It’s a particularly tough climate for people doing work that’s not necessarily super commercial.” The closure of such a celebrated fixture of the New York art scene underscores the fact that—despite the unprecedented avalanche of money blanketing the contemporary art world—it’s surprisingly difficult for galleries to make money.

The realities of the primary art market depicted by Resch’s data, however, are harder to argue with. It turns out that the upbeat world of biennials and art fairs and parties is in fact a cutthroat, antiquated, deeply flawed industry hampered by an obsession with keeping up appearances and an often misguided aversion to making money. No wonder a gallery like Wallspace was forced to close. “Our primary focus didn’t always correlate with financial success,” according to Hait. “It’s unfortunate, because galleries doing things like we were trying to do have a tough time staying in business.”