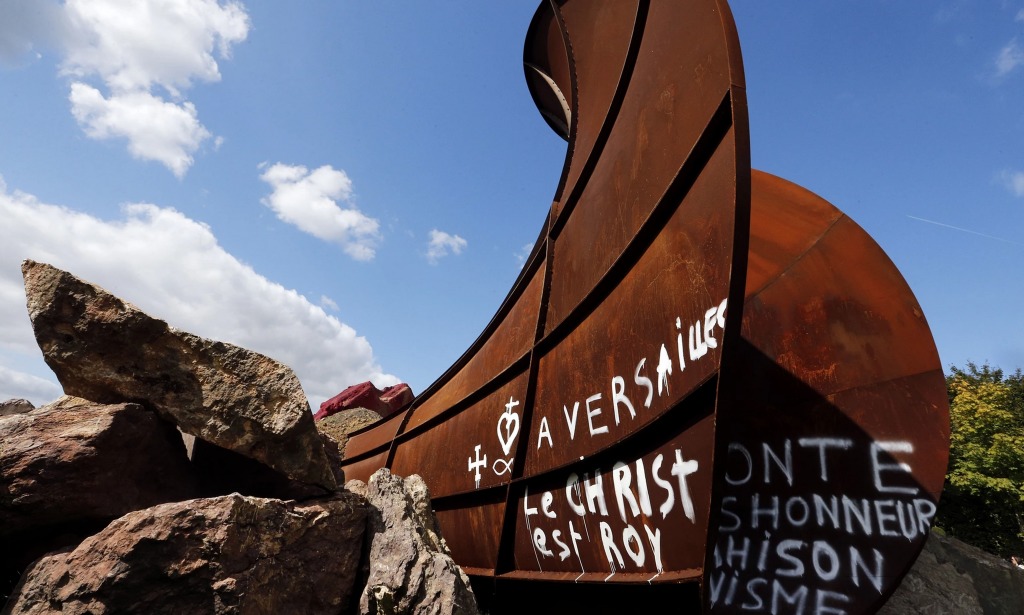 Sculpture officially called ‘Dirty Corner’, in Palace of Versailles gardens, was attacked in June then cleaned but this time graffiti will stay ‘to bear witness’.

A controversial sculpture by artist Anish Kapoor, on display in the gardens of the Palace of Versailles – and informally dubbed the “queen’s vagina” – was vandalised again on Sunday, this time with antisemitic graffitti, officials said.

The giant sculpture was attacked in June and then cleaned, but Kapoor said that this time the graffitti would remain on the work, to bear witness to hatred.

Officially known as “Dirty Corner”, the sculpture comprises a huge steel funnel, which the 61-year-old British-Indian artist has described as “very sexual”.

It and the rocks around it were sprayed in white paint with phrases such as “SS blood sacrifice”, “Queen sacrificed, twice insulted”, “the second RAPE of the nation by DEVIANT JEWISH activism”, and “Christ is king in Versailles”, the palace management said.