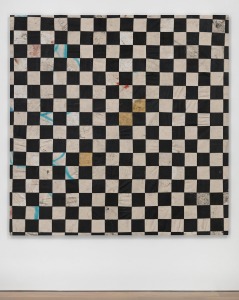 LONDON — The art market is a notoriously opaque business. And over the past couple of years the highly speculative trade in emerging artists has given off plenty of heat. In 2014, recently made works by young abstract painters like Oscar Murillo, Lucien Smith, Alex Israel, Mark Flood and Christian Rosa were being “flipped” at auction for eye-watering multiples of the artists’ original gallery prices.

But in the past six months or so, this volatile sector of the market, where insiders continually scour Facebook and Instagram for the next Damien Hirst, has undergone a correction. The global economic outlook has become less certain, and so have buyers of emerging contemporary art. In February 2014, a 2012 “Rain” painting by Lucien Smith, 26, one of about 200 made by the New York artist by spraying paint on a canvas with a fire extinguisher, was sold at a Sotheby’s auction in London for 224,500 pounds, about $372,000, more than 30 times its original purchase price. This May, at Phillips in New York, a Smith “Rain” painting of the same size and year was auctioned for $62,500.