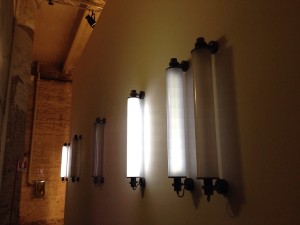 Philippe Parreno will undertake this year’s Hyundai Commission for the Turbine Hall, at Tate ~Modern opening on 4 October 2016.

Parreno is a French artist who works across film, video, sound, sculpture, performance and information technology. A key artist of his generation, Parreno explores the borders between reality and fiction and is known for investigating and redefining the gallery-going experience. Parreno sees his exhibitions as choreographed spaces that follow a score, during which a series of different events unfold. By creating kaleidoscopic environments, he treats exhibitions as one coherent whole rather than a series of objects within a space.

Having collaborated with many visual artists as well as musicians, architects, scientists and writers, Parreno continues the tradition of the avant-garde artist engaged with many cultural disciplines. Recently he presented a vast installation H{N)Y P N(Y}OSIS at Park Avenue Armory, New York (2015), which fused film, light, sound and performance to create a dramatic sensory journey. At the Palais de Tokyo, Paris, in 2013 he was the first artist to occupy the entirety of the gallery’s expanded space of 22,000 square metres.