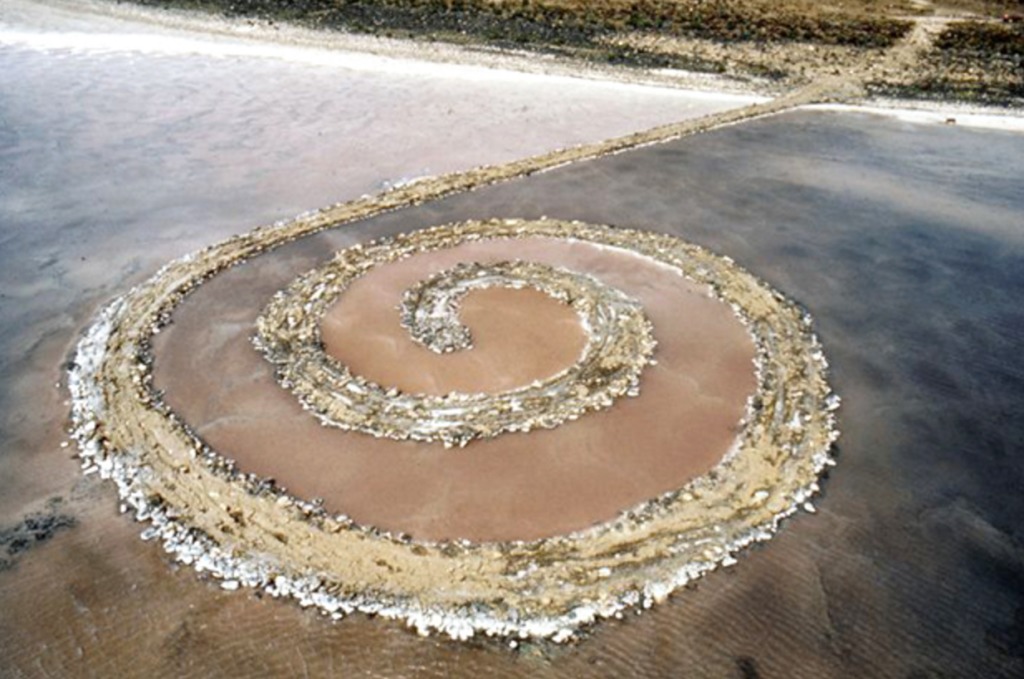 Discover how a generation of artists swapped pencils for dumper trucks as they made the world their canvas.

In the summer of 1967, while hitchhiking his way from St Martin’s School of Art to his home city of Bristol, the British art student Richard Long stopped in a field in Wiltshire, and walked repeatedly in a straight line, until the passage of his feet had made a visible mark in the grass. Long photographed the line, before thumbing another lift home.

Around the same time, on the other side of the Atlantic, another twentysomething artist, Robert Smithson, was photographing his hometown of New Jersey, enamored by the modern, primitive majesty he found in the region’s mining trucks, which shipped and tipped tonnes of earth and rocks around.