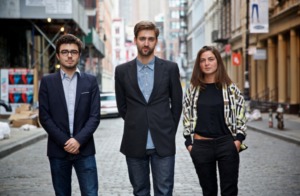 ArtList, an online platform for anonymous secondary market sales of art, is ceasing operations. In June, during the week of Art Basel, a British art appraisal company was set to sign a deal to acquire the New York-based start-up but it went awry on the very day that it was meant to be signed. The next day, all five of ArtList‘s employees were let go, and the company summarily moved their belongings out of their shared office space at 356 Bowery.

The site was launched in January 2015 by the young, hip French trio of Kenneth Schlenker, Astrid de Maismont, and Maxime Germain. It had roughly 50 users and an inventory of some 300 works that were sold in three categories—prints and editions, unique works selling for below $50,000, and unique works above $50,000.

Not so long ago, August 3, 2015 they were one of the ArtWorld Disruptors … click on this link also.

Related: 17 Disruptors Who Have Completely Changed the Art World