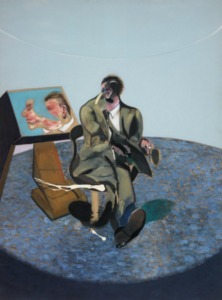 Last week, there were two major events relating to  Francis Bacon and, on this occasion at least, they didn’t have anything to do with the artist’s record-breaking market, but with a renewed and in-depth understanding of his fascinating oeuvre and artistic process.

On June 30, the Francis Bacon Estate published a new catalogue raisonné, presenting the 584 surviving paintings that form his complete oeuvre, including many previously unpublished works.

Two days later, on July 2, a major exhibition of his work, entitled “Francis Bacon: Monaco and French Culture” opened to the public at the Grimaldi Forum in Monaco, gathering 66 paintings by the artist alongside works by Modern masters who influenced him, including Pablo Picasso, Alberto Giacometti, Auguste Rodin, Fernand Léger, and Chaim Soutine.