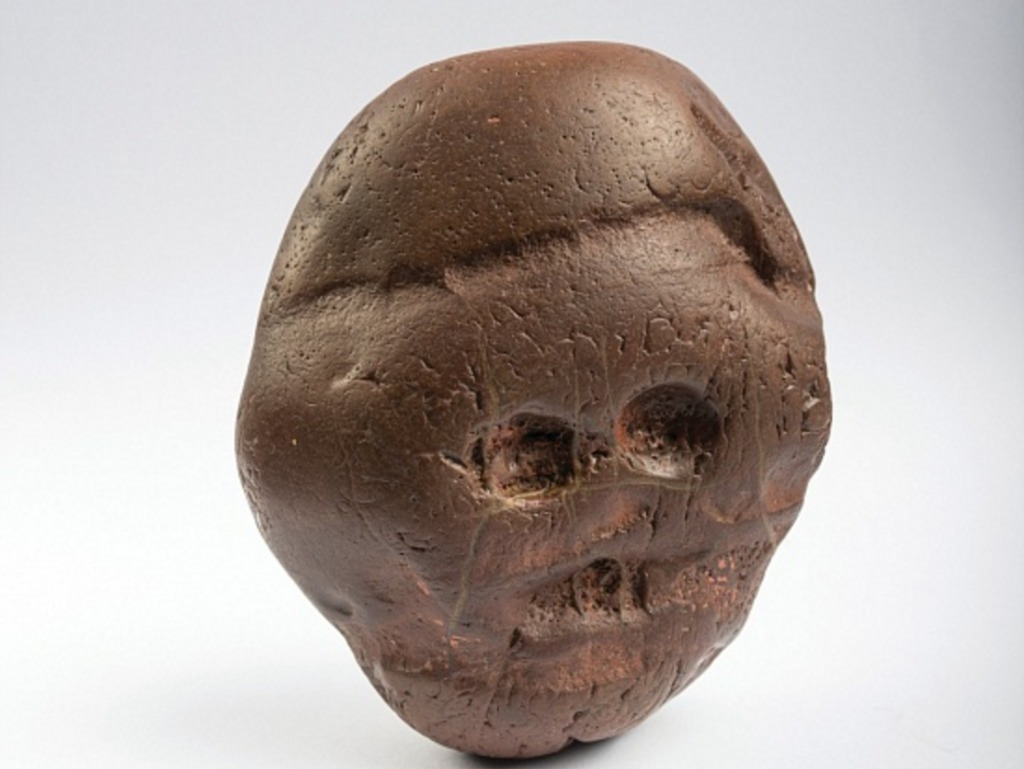 Three million years before Duchamp, an ape-like humanoid in Africa found a stone that is now going on display for the first time at the British Museum.  When Marcel Duchamp turned a urinal into art just by declaring it so, he steered the history of art on an entirely new, conceptual course. But the lineage of the readymade may stretch back far beyond the French-born artist.

Some three million years ago a humanoid in southern Africa stumbled upon a naturally formed stone in the shape of a head and carried it to a nearby cave. The Makapan Pebble, also known as the Stone of Many Faces, was most likely found by an Australopithecus africanus, an ape-like species with some early human characteristics, which became extinct around two million years ago.

The Makapan (or Makapansgat) Pebble, which has never been displayed, will be exhibited for the first time at the British Museum in London this month in a show entitled South Africa: the Art of a Nation (27 October-26 February 2017). The stone belongs to the Evolutionary Studies Institute at Witwatersrand University in Johannesburg, where it is kept in storage. John Giblin, the British Museum’s co-curator of the show, says the pebble “is the perfect size to hold in the palm of the hand”.

One Response to Is this the very first readymade?