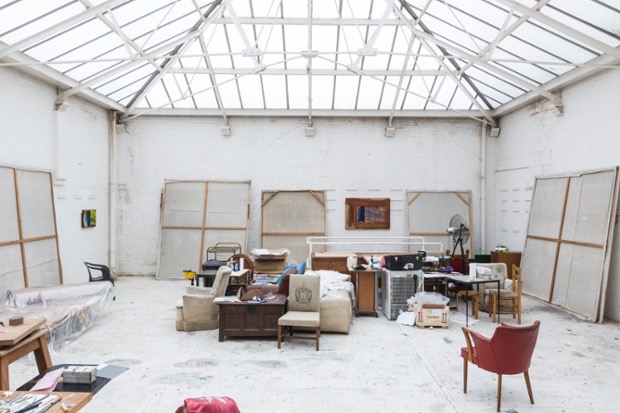 Sir Howard Hodgkin, who has died aged 84, was something of a rebel, though anyone meeting him for the first time would not readily have guessed so. His voice, always fairly plummy, made him sound the very epitome of respectability, though he was by no means a ready talker on the subject that concerned him most: painting. Painting was his life-long passion, of course – he knew that he wanted to be a painter and nothing but a painter from the age of five, immediately after he had drawn a picture of a woman with a red face and bushy hair – but he always found it difficult to talk about that which consumed him until his dying day. In fact, he could be maddeningly obtuse, high-handed, and even downright patronising when questioned about his own work. Or just puzzlingly, vexingly silent, looking down.