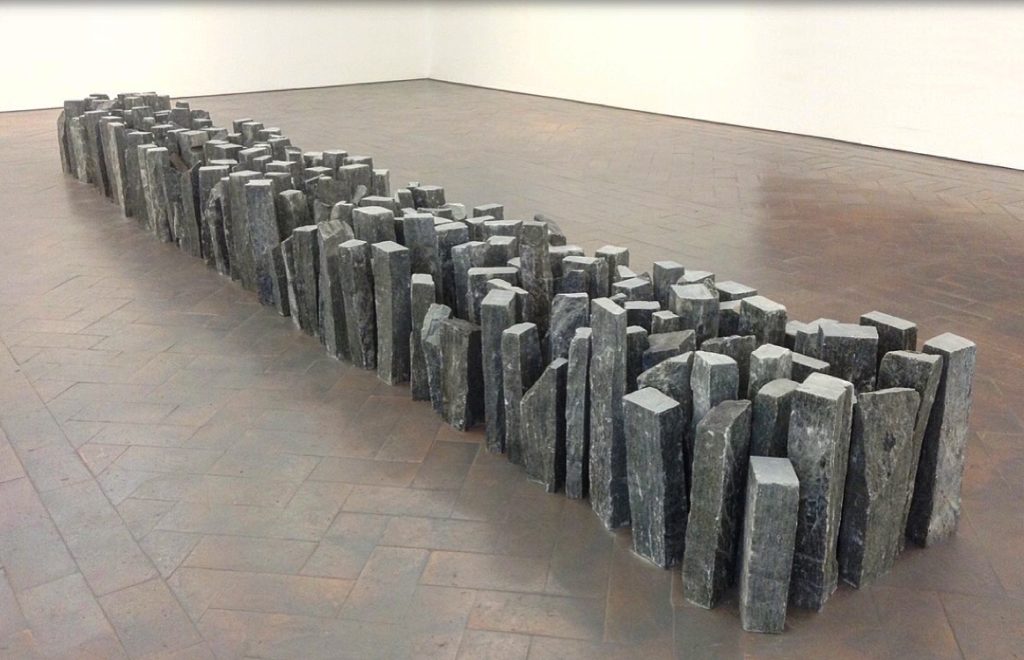 Richard Long, the four-times Turner Prize nominee and one-time winner (1989) has been knighted in the New Year’s honours list.

Richard has been in the vanguard of conceptual and land art in Britain since he created A Line Made by Walking in 1967, while still a student. This photograph of the path left by his feet in the grass, a fixed line of movement, established a precedent that art could be a journey. Through this medium of walking, time and distance became new subjects for his work. From that time he expanded his walks to wilderness regions all over the world. He mediates his experience of these places, from mountains through to deserts, shorelines, grasslands, rivers and snowscapes, according to archetypal geometric marks and shapes, made by his footsteps alone or gathered from the materials of the place. These walks and temporary works of passage are recorded with photographs, maps and text works, where measurements of time and distance, place names and phenomena are vocabularies for both original ideas and powerful, condensed narratives.