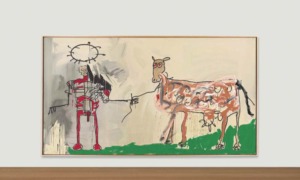 Flaky winning bids are knocking the gloss off record-breaking sales.

Shortly before Christie’s sale of post-war and contemporary art in New York on 15 November 2017, the auction house learnt of a potential new bidder: a little-known Saudi prince, Bader bin Abdullah bin Mohammed bin Farhan al-Saud. According to the New York Times, a scramble ensued to establish his identity and financial means, and, in order to bid, he had to pay a $100m deposit for a red paddle.

The work he bid for, Leonardo’s Salvator Mundi (around 1500), went on to make a record-shattering $450.3m and was bought by Abu Dhabi with the prince acting as a middleman, but why did all the bidders on the high-value work need a special paddle? Quite simply because Christie’s wanted to be sure the final buyer would pay up.