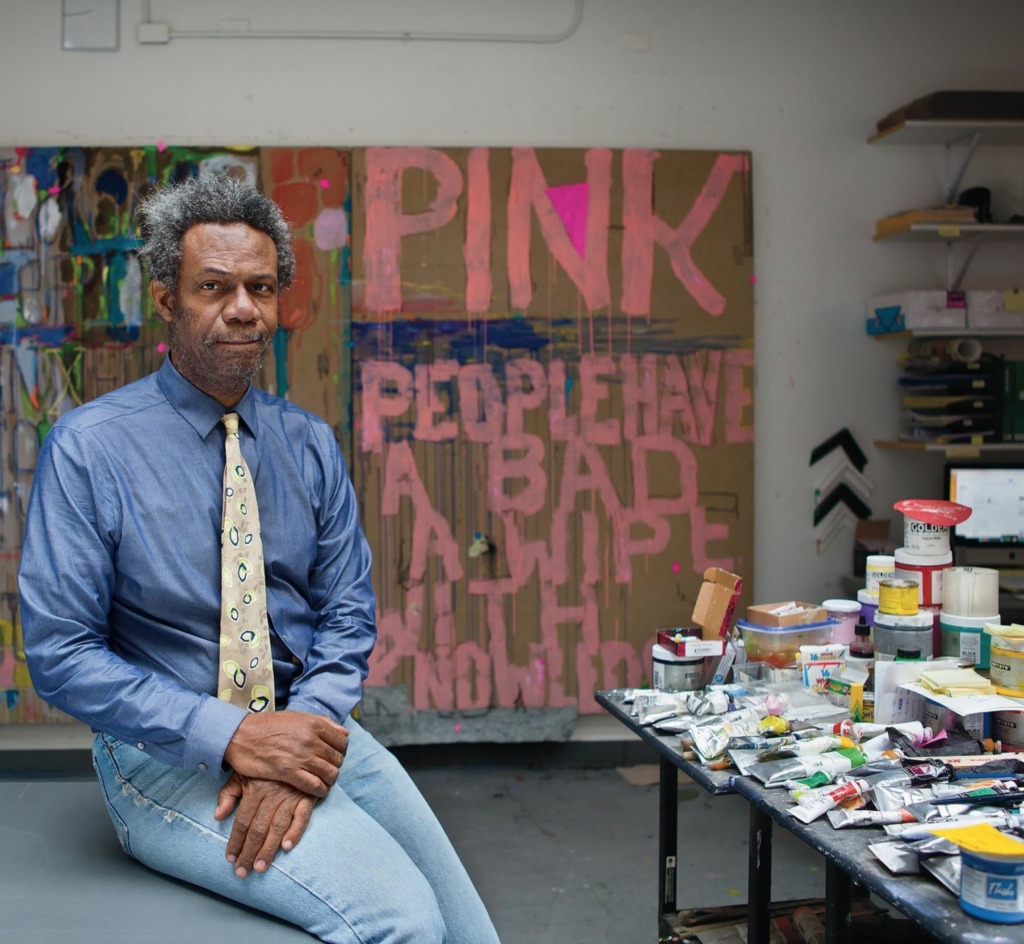 Pope.L, photographed in his Chicago studio this past December. For the last four decades, the artist has created intense, often provocative performances.

Now that he is not only an artist of renown but also a father and a professor, Pope.L’s ambivalence about his own authority hasn’t abated. If anything, his responsibilities have made him feel more vulnerable. He recounts a memory that still rattles him: the night his son, then in nursery school, declared, “I’m good like Mommy. I’m white. Not like you.” The artist pauses. “I didn’t know what to say to him — he’s this young little creature, we’re standing there brushing our teeth — but I knew I needed to talk to him about it right then. And I said, ‘Well, where did you hear that?’ and he says it again: ‘I don’t know. I’m good like Mommy, I’m white. Not like you.’ And I said, ‘Well, I love you, don’t I?’ He says, ‘Yeah.’ ‘And you love me, don’t you?’ ‘Yeah.’ ‘So how does this work?’ Now that he’s older, he’s much more savvy, so I don’t know if he tells me everything he hears. I think he wants to be protective of his family.”