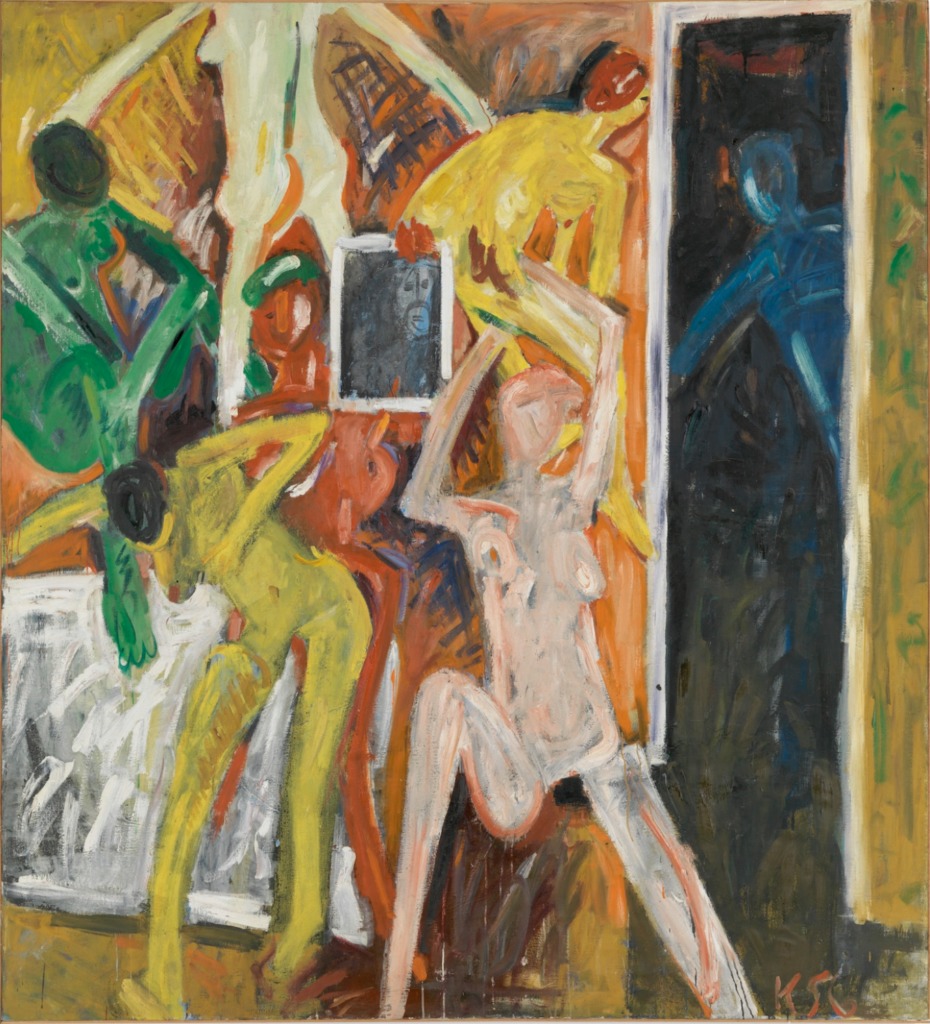 Considered the Father of the Happening, Kaprow started off as a painter whose work reflected a Cubist-inspired, pre-AbEx aesthetic.

The story began in the 1950s when Kaprow relinquished the norms established in panel painting by implementing collages of photographs, texts, objects, and mirror fragments to expand the pictorial space. In 1958, he created his first environment, in which canvas, newspaper, tar paper, sheets of transparent plastic, colored lamps, and sounds created a space that the visitors could immerse themselves in. In 1959, he presented the first Happening with the title 18 Happenings in 6 Parts, a series of short performances in an environment where the breaks were as long as the performances.

Kaprow (1927-2006) coined the term “Happening,” but he didn’t invent the genre of performance art, which can be traced back to the antics of the Dadaist and Futurists at the beginning of the 20th century. (The honors for the first Happening have been ascribed to the Fluxus artist —and Kaprow’s future-fellow-Rutgers-professor (and grandfather of the musician Beck) — Al Hansen, who more than a decade earlier threw a piano off the roof of a building in Frankfurt, Germany.)