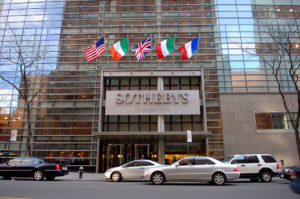 Our columnist follows the bread crumbs left by the rumor that Art Agency, Partners will offer gallery advisory services for a hefty fee.

It’s not exactly an analytical breakthrough if I tell you that the art industry is deeply troubled and, in many cases, deeply paranoid right now. A lot of people in the trade feel vulnerable. And the more vulnerable you feel, the more likely you are to lash out at any shadow that looks even vaguely threatening.

That’s why it was treated as a minor bombshell when, about two weeks ago, my colleague Kenny Schachter tossed out a few lines stating that Art Agency, Partners (AAP), the prominent art consulting firm and Sotheby’s subsidiary, “will offer up gallery advisory services” to sellers in the market’s battered middle tier. Schachter also whispered that said services would come in exchange for a fee “in the neighborhood of $250,000,” which he assessed would “bankrupt the companies that need support the most.”

The perceived scandal in this chatter stemmed from the not-uncommon belief that auction houses have been encroaching further and further into galleries’ and dealers’ territory for years now. The first flash point was the houses’ increased focus on private sales over roughly the past decade. More recently, Sotheby’s in particular has drawn scorn for acquiring AAP in the first place, before AAP attracted even more critics by providing advisory services directly to living artists and estates in 2017.