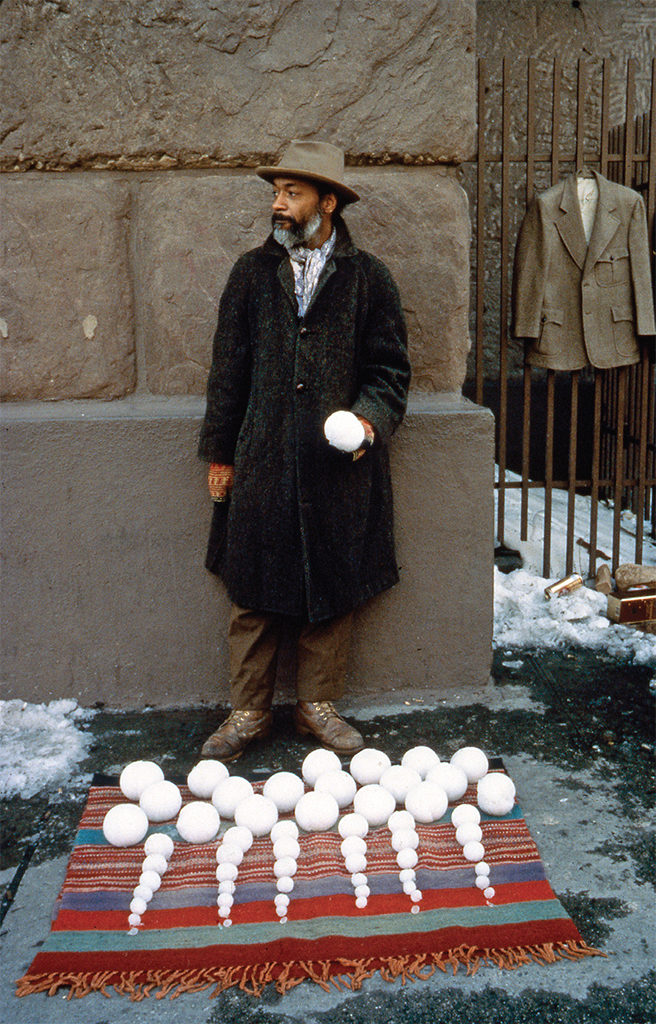 IN 1983, David Hammons held his Bliz-aard Ball Sale, which “probably didn’t bear that title, or any title at all,” as Elena Filipovic discloses in her amazing exposition on the artist’s chill maneuvers. Meanwhile, six months or so later, at a coven sponsored by the National Endowment for the Arts, Rosalind Krauss informed the assembled that she—and here Filipovic quotes Adrian Piper’s writing on Krauss’s decree—“doubts there is any unrecognized African-American art of quality because if it didn’t bring itself to her attention it probably didn’t exist.”

Let that cold open thaw for a minute.

Filipovic uses this anecdote to spell out Hammons’s methods, his modes and haunts. Krauss, she writes, “clearly wasn’t looking among the street sellers on the south-east corner of Cooper Square and Astor Place (or, for that matter, taking the ‘funk lessons’ [Piper] was offering that same year). And in light of that startlingly myopic statement by one of the period’s preeminent art historians, one understands better why Hammons felt the need to place himself outside on the street,” where, within spitting distance of Cooper Union, he was teaching advanced lessons on material specificity and conceptual reverb.

The bliz-aard ball was an objet-d’aard moved on the “so-called black market.”