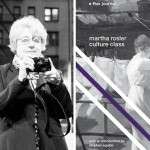 The influential but oft-maligned project of pop urbanist Richard Florida first took off in 2002 with the publication of The Rise of the Creative Class, in which he defined a new economic sector composed of creative laborers: a group extending beyond artists to include designers, journalists, and tech people, a “highly educated and well-paid segment of the […]