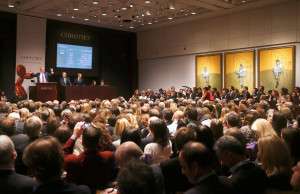 I have been an invited interloper in the fiefdoms of the decimal-pointed rich long enough now to know that when rich men want to distinguish themselves from other rich men they buy art. Among practitioners of modern-day social one-upmanship this is hardly new. The nouveaux riches of the Gilded Age were the first Americans to discover the class-enhancing power of nailing a Titian above the mantel. But those robber barons were different from ours in a very important way: To those less formally educated, more red-bloodedly capitalist men, art was a way to wash themselves clean, to refine their own taste and that of their fellow citizens, and in that way to share some of the vast wealth that had been made by the few in disproportion to the many.