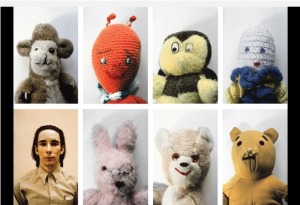 By 1991, Mike Kelley had emerged as a crucial artist in Los Angeles, at the head of a pack that had pushed into prominence in the previous decade.

His riveting sculptures reassembled from ratty stuffed animals, crocheted dolls and other tattered children’s playthings that he scavenged from thrift shops were also generating considerable critical attention far beyond the city.

Then 36, Kelley was invited to participate in the Carnegie International exhibition in Pittsburgh, one of the oldest and most respected surveys of its kind. Carnegie guest curators Lynne Cooke and Mark Francis were born in Australia and Britain, respectively — one sign of an international resonance at the core of Kelley’s art.

At the end of the month the narrative comes full circle, when the full career retrospective organized by Amsterdam’s Stedelijk Museum — and already seen there, in Paris and in New York — arrives at the Museum of Contemporary Art.