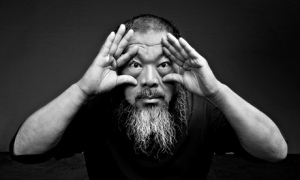 The artist Ai Weiwei, confined to his house and studio in Beijing, his passport confiscated by the state, has been roaming the corridors and state rooms of Blenheim Palace, one of the grandest houses in England, through a 3D computer model.

He has never set foot in the gigantic home of the Duke of Marlborough, but is preparing to install the largest exhibition to date of his work in the UK. When it opens on 1 October, more than 50 new and archive works will sit among the Van Dyck portraits of Churchill ancestors and tapestries of battles fought and won 300 years ago.

“In the beginning, we sent him photographs and detailed plans, but he’s an absolute perfectionist and every inch of where works are placed matters to him. So in the end we lasered all the rooms to make the model for him,” Lord Edward Spencer-Churchill said.