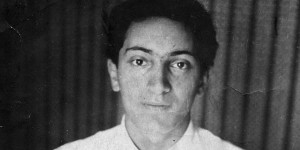 Although Meyer Schapiro (1904-1996) was one of the most influential art historians of the 20th century, his legacy is hard to quantify. He was a professor at Columbia University from 1928 until his death; he also lectured at New York University in the early 1930s and thereafter at the New School. For an academic, Schapiro had a uniquely extensive reach through his lectures, partly because of his involvement with the vital New York art scene of the time, which was beginning to challenge Europe on the field of avant-garde artistic development.

What follows is a brief look into Schapiro’s profound, if elusive, legacy.