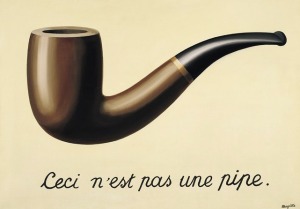 In a 1967 Artforum article titled “Paragraphs on Conceptual Art,” the artist Sol LeWitt gave a simple definition for what would soon become one of the crucial facets of contemporary art in the 20th century and beyond. “In conceptual art,” he writes, “the idea or concept is the most important aspect of the work….The idea becomes the machine that makes the art.” In a few short paragraphs, LeWitt cast aside concerns about aesthetics and visual expression in favor of a new way of art making, one that takes place primarily in the mind of an artist such that the making of the physical object becomes “a perfunctory affair.” Unbound from traditional art mediums, conceptual artists quickly moved into idea-privileging formats such as found objects, archival documentation, text, and video.

Conceptual art was very much in vogue from the late 1960s through the ‘70s, alongside related movements like Minimalism, but strictly speaking it precedes LeWitt’s famous definition. Today, we might see it as existing on a continuum from the early-20th-century works of Duchamp and Magritte to the very 21st-century art of Thomas Demand. The ten works below, each excerpted from the new edition of Phaidon’s The Art Book, offer just a slice of the depth and variety of conceptual artworks from the past 100 years.