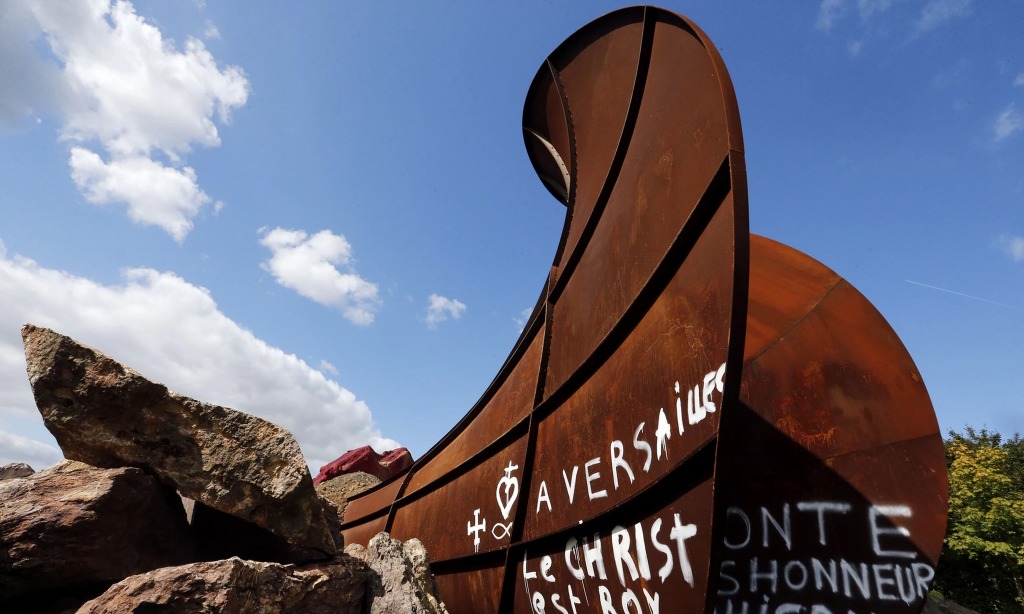 Public art often gets scarred by battles over its meaning or right to exist, but the vandals who daubed antisemitic graffiti on his sculpture are idiots who picked the wrong target.

Anish Kapoor, it turns out, is not only a brilliant artist but a brave one. Faced with an antisemitic attack on his open-air sculpture Dirty Corner, he has chosen to defiantly leave the ugly, vicious daubings as they are, to let his art bear the scars of contemporary Europe’s darkest impulses: a dirty corner indeed, stained by racism and ignorance.

It is the second time this sensual, suggestive work of art has been vandalised – and of course there’s a very laudable political logic in Kapoor’s decision to let the rancid markings stay. “The vandalised sculpture now looks like a graveyard,” he says, in explanation of his decision to let racism and intolerance “expose itself fully, in full view for all to see”.

Kapoor should reconsider. He is giving bigots the oxygen of publicity and letting them ruin a beautiful work of art. Dirty Corner deserves to be cleaned and properly protected by the French police. That would be the true victory for culture over barbarism. Even better, make it a permanent addition to Versailles. It is lovely enough.