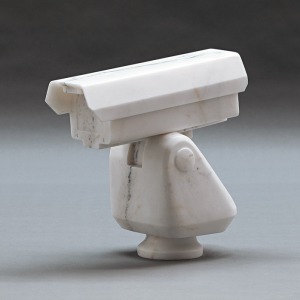 The Royal Academy of Arts will present a landmark exhibition of the Honorary Royal Academician, Ai Weiwei. Although Ai is one of China’s leading contemporary artists, his work has not been seen extensively in Britain and the Royal Academy will present the first major institutional survey of his artistic output. The exhibition will include significant works from 1993 onwards, the date that marks Ai Weiwei’s return to China following more than a decade living in New York. Ai Weiwei has created new, site-specific installations and interventions throughout the Royal Academy’s spaces.

On his return to China in 1993, Ai began to work in a direction that was both embedded in Chinese culture and reflected the exposure he had had to Western art during his twelve year sojourn in the US. Citing Duchamp as ‘the most, if not the only, influential figure’ in his art practice, Ai continues to engage with creative tensions between complex art histories, conceiving works with multiple readings in the process. To this end he employs traditional materials and interventions with historic objects throughout his work from Neolithic vases (5000-3000 BCE) to Qing dynasty (1644-1911) architectural components and furniture. By creating new objects from old, Ai challenges conventions of value and authenticity in modern-day China. These artworks include Table and Pillar, 2002, from his Furniture series, and Coloured Vases, 2015.