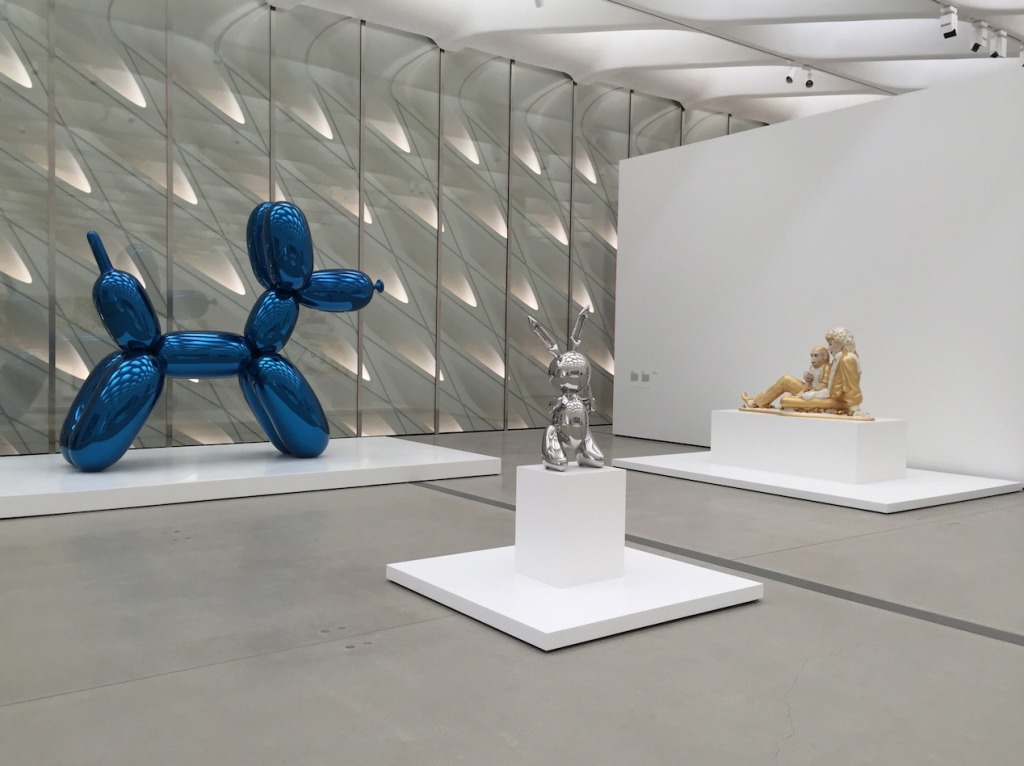 The wait is over. After a 15-month delay, ballooning costs, and lawsuits, the Broad Museum is finally set to open this Sunday in downtown Los Angeles. The new 120,000 square foot institution houses the postwar and contemporary art collection of Eli and Edythe Broad. For the past four decades, the couple has had an outsized influence on the cultural life of LA. Eli Broad was a founding chairman of the Museum of Contemporary Art (MOCA) in 1979; he lent his financial support to the Hammer Museum in the 1990s; he was responsible for the Broad Contemporary Art Museum pavilion at the Los Angeles County Museum of Art (LACMA) in the 2000s; and bailed out MOCA when it was on the verge of bankruptcy in 2008. Some of these relationships eventually soured, ending in controversy, such as his decision to simply loan his works to LACMA, not donate them, as was widely assumed. It was not a huge surprise then, when he announced in 2008 that he would be building his own museum, one where he presumably wouldn’t have to deal with competing institutional interests.