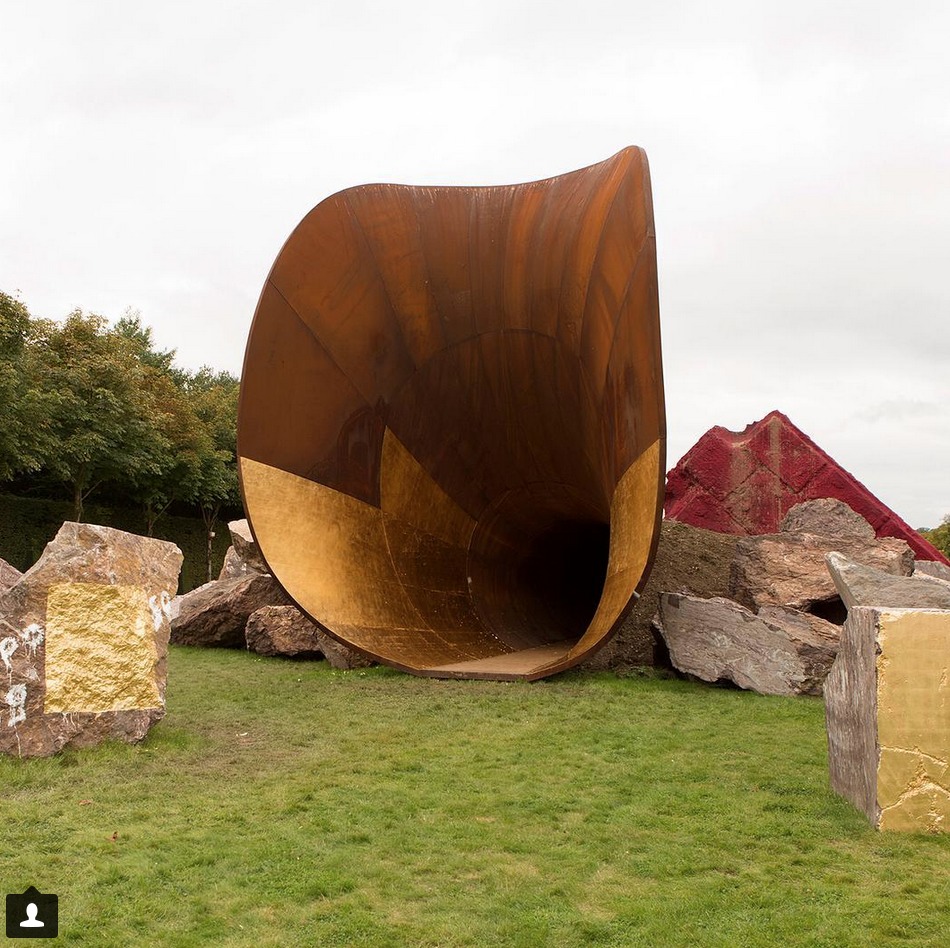 Anish Kapoor had no idea what he was getting into when he accepted the invitation to install artworks in the gardens of Versailles. On September 30, right wing politician Fabien Bouglé, a local councilman, published an article on the website of Nouvel Observateur in which he claims that the artist “has declared war on France” and urges Kapoor to “stop the war on our country.”

The article appeared only three days after the sculpture Dirty Corner wasvandalized for the fourth time—an unknown attacker scratched the word “Blame” into the gold leaf that now covers the previous defacing.