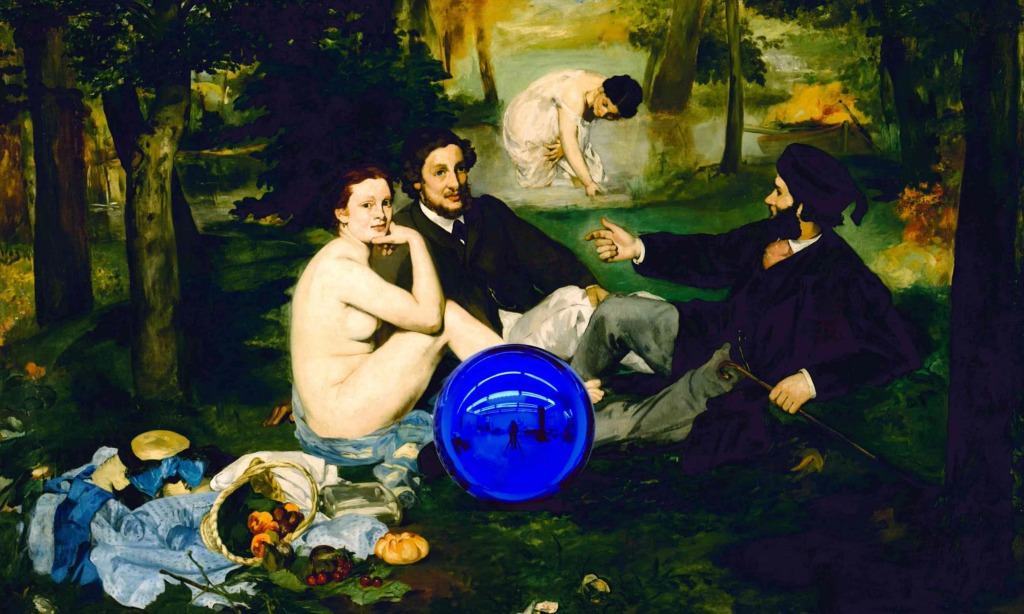 The artist’s new show presents repainted versions of masterpieces, from Titian’s Venus and Mars to the Mona Lisa, with a shiny blue sphere placed in front of each.

Standing in front of the Mona Lisa – only this version was around three times the size of the original and had a blue sphere on a shelf that jutted out from the painting – the artist Jeff Koons noted that he wasn’t the first artist to reinterpret Leonardo da Vinci’s masterpiece.  Marcel Duchamp and Andy Warhol had also appropriated the painting, he pointed out – Duchamp by drawing a moustache on a reproduction of the image for his famous 1919 work LHOOQ.

Koons has gone further, however. In his new show at the Gagosian gallery in New York, the artist has taken 35 masterpieces, including Manet’s Déjeuner sur l’Herbe, Géricault’s Raft of the Medusa and Rembrandt’s Self-Portrait Wearing a Hat, had them repainted in oil on canvas, and added a little shelf, painted as if it had sprouted directly from the image.