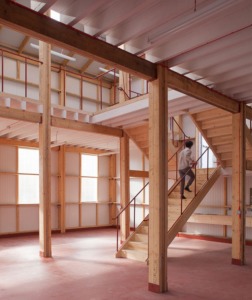 The UK’s Turner Prize for 2015 has been won by Assemble, a collective group of architects that has restored derelict houses.

London-based Assemble, formed by about 18 “activist architects” in their twenties, recently renovated a shabby housing estate in the Toxteth district of Liverpool, a city in northern England. Assemble was nominated both for this “Granby Four Streets” project as well as others. In Liverpool, the collective members – who had studied together before starting professional work – recycled rubble and building materials as part of an imaginative revamping of the ruined buildings.