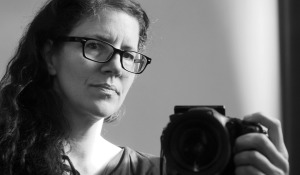 Classified images leaked by former NSA contractor Edward Snowden will figure as artworks at the Whitney Museum of American Art in its Laura Poitras solo exhibition, “Astro Noise,” opening next week. In an unprecedented sprint from headline to gallery wall, news of the covert intelligence program to which the works pertain will have scarcely broken — last night, in two storieson The Intercept — before the large-scale prints go on view to the public on February 5.

Poitras, a documentary filmmaker, artist, and journalist who became a household name in 2013 for her reporting with journalist Glenn Greenwald on the warrantless spying programs exposed by Snowden, is including newly revealed visuals from the Snowden archive in her show, as well as in an accompanying catalogue. The images are products of a program in which, according The Intercept, “American and British intelligence secretly tapped into live video feeds from Israeli drones and fighter jets, monitoring military operations in Gaza, watching for a potential strike against Iran, and keeping tabs on the drone technology Israel exports around the world.”