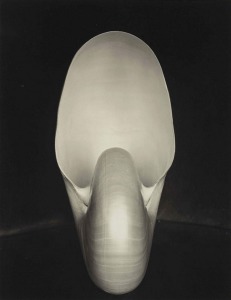 The first decades of the 20th century were among the most fruitful periods of artistic production of the modern era, especially for the still-fledgling art of photography. In New York, just after the turn of the century, a small circle of photographic visionaries revolved around the magnetic figure of Alfred Stieglitz (1864-1946), whose influence as artist, patron and gallerist galvanised this tight-knit community.

As a gallerist, Stieglitz was the first to show the European avant-garde in America: Matisse, Rodin,Picasso and Brancusi were all exhibited at his Gallery 291, and the ripples of their artistic energy spread throughout the continent.  Stieglitz was also a central figure for both the Photo-Secession — a movement in the early 1900s that was known for works in a pictorialist style — and later, in the development of photographic art along Modernist lines.