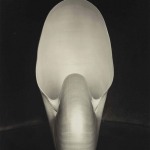 The first decades of the 20th century were among the most fruitful periods of artistic production of the modern era, especially for the still-fledgling art of photography. In New York, just after the turn of the century, a small circle of photographic visionaries revolved around the magnetic figure of Alfred Stieglitz (1864-1946), whose influence as […]