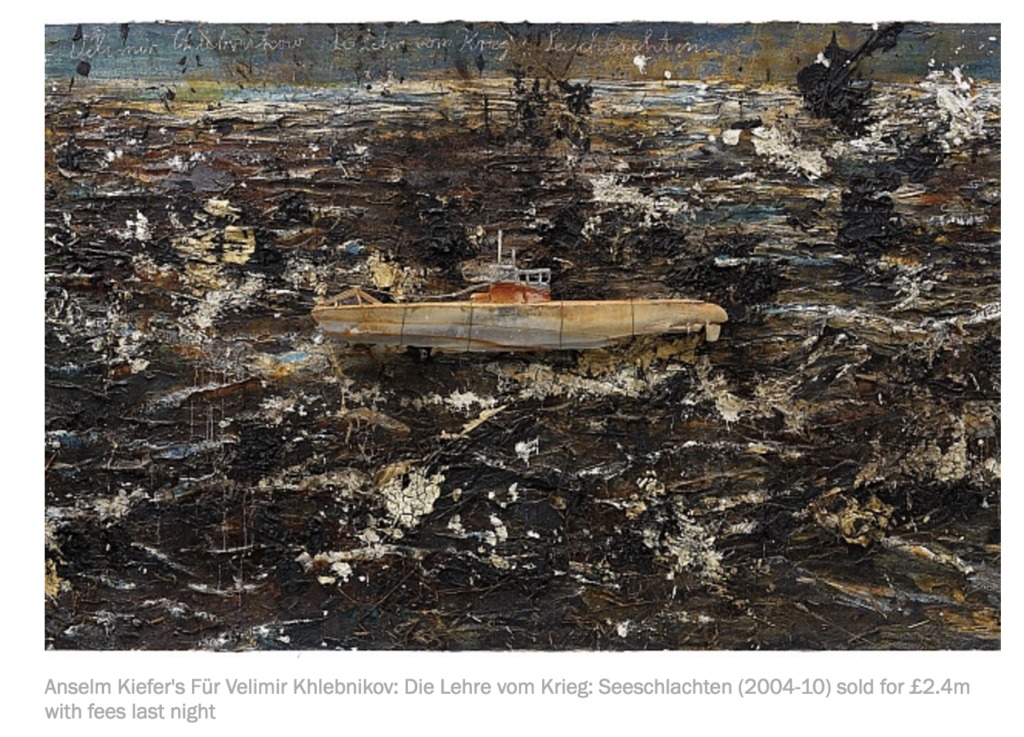 This week saw the first post-Brexit art auctions in London, and they brought considerable cheer to a market predominantly dismayed at the Leave decision.

To a backdrop of a declining exchange rate for the pound and Britain losing its AAA rating status, on Monday Phillips turned in a modest total of £9.8m hammer (£11.9m with fees) for 20th-century and contemporary art, under the low presale estimate of £10.2m, to a half-filled room. Anselm Kiefer’s “Für Velmir Khlebnikov” made £2m hammer (£2.4m with fees), four times estimate.

However, while Sotheby’s sale the following night was much skinnier than last year (when the house made £130.4m), the sale proved to be a real confidence-booster. Its tally of £44m (£52.2 with fees) skipped over the high end of expectations; all but six of the 46 lots found buyers.