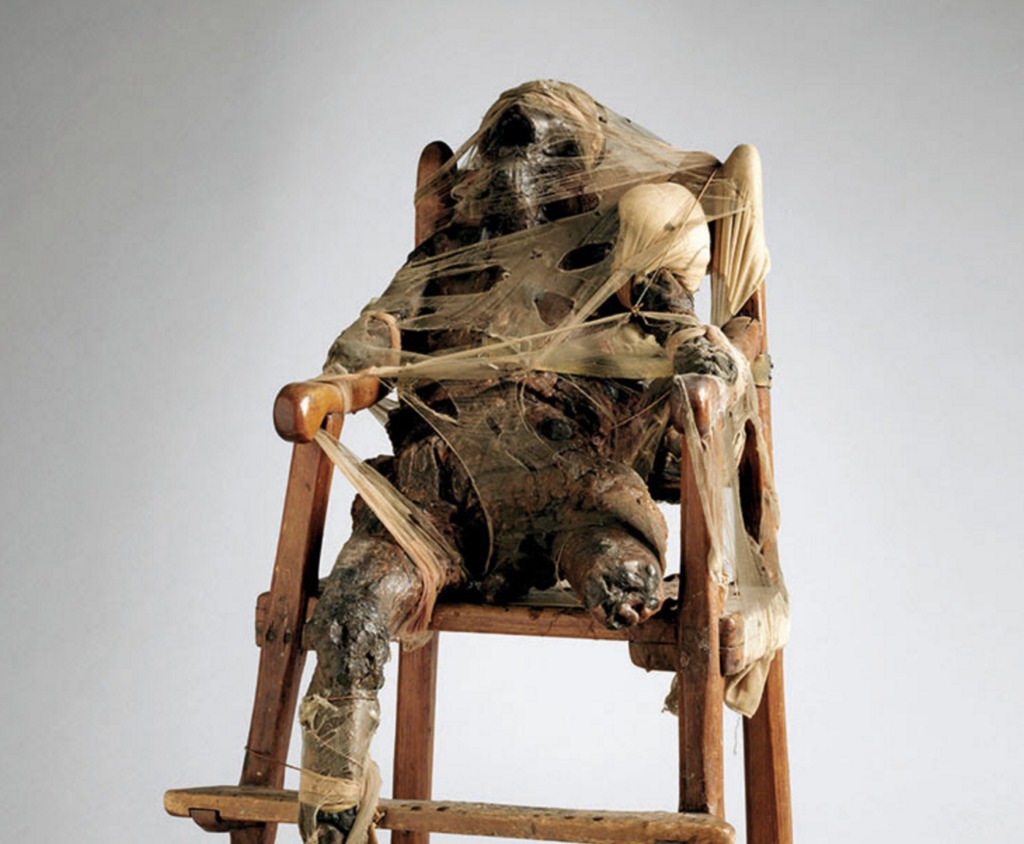 The haunting work titled CHILD goes on show in New York after two decades away from the public eye.

Conservators at the Museum of Modern Art (MoMA) in New York have done the seemingly impossible: they have brought Bruce Conner’s CHILD (1959-60), a haunting sculpture of a gas chamber execution, back from the dead ahead of a major travelling exhibition.

Conner (1933-2008) made the work, a black-wax figure of a boy—its head thrown back and mouth open as if screaming—covered with nylon webbing and strapped to a high-chair, in response to the planned execution of career criminal Caryl Chessman. In 1948, Chessman was sentenced to die in the gas chamber for kidnapping—a crime punishable by death in California at the time. Although the severity of his sentence for a non-lethal crime divided public opinion, he was eventually executed in 1960 after several widely publicised attempts to overturn his conviction.