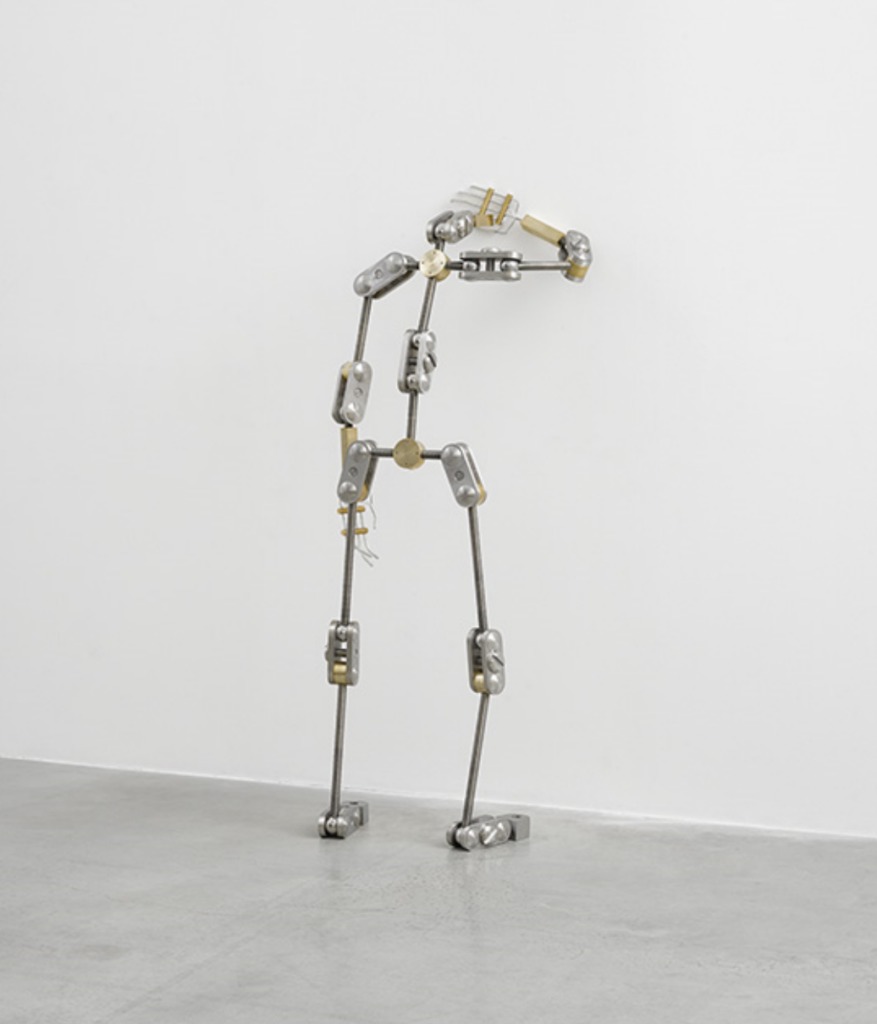 What is clear is that Gander’s become a powerhouse, with his works intriguing and baffling people in major shows throughout the world, and all this has made him something of a lodestar to young artists in England, a group he also supports by setting up art schools around the country.

Among Gander’s works is This Consequence (2005), where a museum guard is asked to wear a white Adidas tracksuit with two curious bloodstains on it. And then there is Thank you, but I am promised to the company of my artist this evening during the opening, a performance for the Public sector of Art Basel Miami Beach in 2014 in which he hired two enormous bodyguards to follow around the sector’s curator, Nicholas Baume. For Documenta 13,  I Need Some Meaning I Can Memorize (The Invisible Pull), 2012, consisted of just breeze blowing through a room, with the wind maybe aided by something of Gander’s making, or maybe not.

Gander’s Lisson show is called “I see straight through you,” and when I toured it with him recently, he made witty observations here and there, seeming like a very down to earth guy. Which is not to say that he explained things: the show as it stands a gleeful whoosh of mystery, an infusion of smirking doubt in the sea of bombast that is so many shows these days.