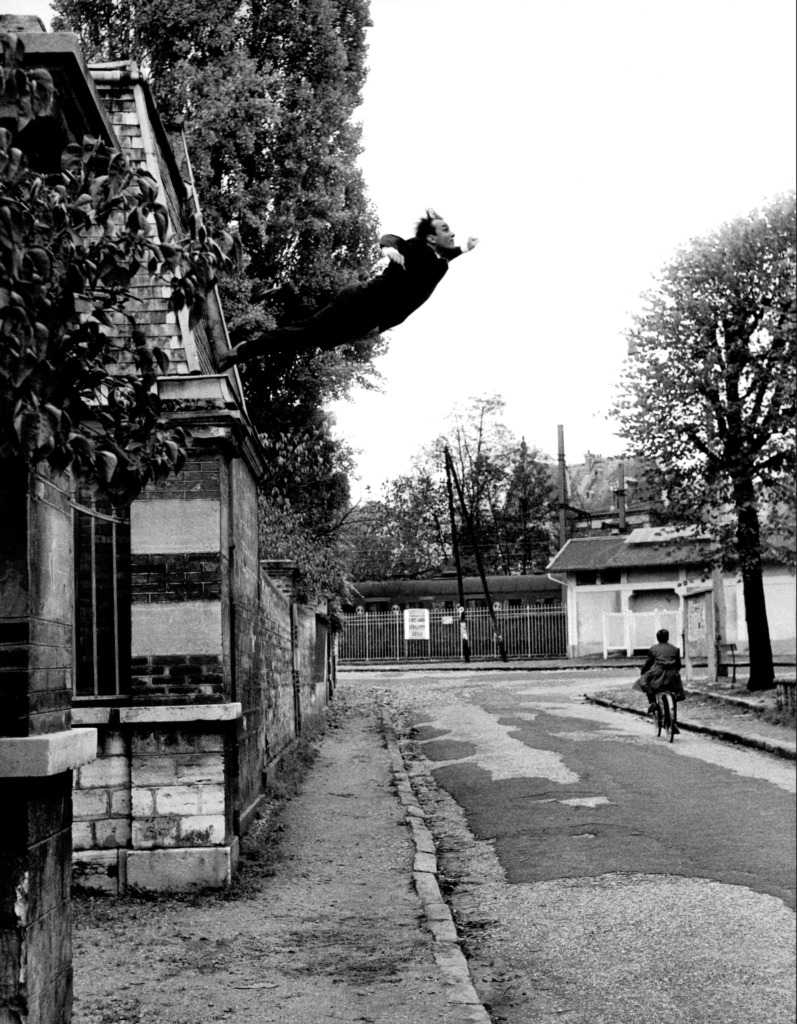 Tate Liverpool
Klein anticipated pop art with his spirit of mockery and fun, but there was more to the French artist than painting with naked women, as this rare show reveals.

Yves Klein was a joker, a thinker and an extreme provocateur. In his dragonfly life – born in 1928, dead of heart failure at 34 – he became France’s most notorious artist. He patented a shade of blue – International Klein Blue, in fact just ordinary ultramarine pigment bound in polymer to preserve its chromatic intensity – and painted all-blue canvases with it, startling his audiences. He worked with rollers and sponges. He made paintings by harnessing air, rain and fire.

At 19, Klein is said to have signed the sky with his forefinger – “my first artwork” – and he’s always trying to get out of this world. He vanished to Japan to study judo, joined the Rosicrucians, mastered the most esoteric philosophies. Hemmed in by conventional pictures, he aims for that liberating void. The largest and most joyous body painting in Liverpool is a fabulous exclamation – rapid blue handprints across the canvas, the flurried sense of a torso and limbs disappearing fast into space, like a cartoon figure hurtling through a window. As close to unbound freedom as anything Yves Klein ever made, it is sealed with an impish pink farewell kiss.