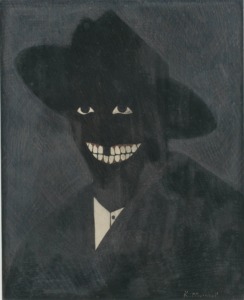 People say we’re in the middle of a second civil rights movement, and we are. The only surprise is that the first one ever ended. The artistKerry James Marshall was there for it. He was just a kid then, born in Birmingham, Ala., in 1955. But kids take in a lot.

He was in Birmingham in 1963, when white supremacists dynamited a Baptist church and killed four young girls. He was 9 and living in Los Angeles in 1965 when Watts went up in flames. He remembers all that, just as he also remembers growing up in those years in a loving family: mother, father, sister, brother. Home.

Artists take in a lot, too. Mr. Marshall has absorbed enough personal history, American history, African-American history and art history to become one of the great history painters of our time. That’s the painter you’ll see in “Kerry James Marshall: Mastry,” the smashing 35-year career retrospective that opens on Tuesday at the Met Breuer.  You know there would be some interesting choices from this group. Together, they look like an artist-army: mature, sober, purposeful, full of ideas, ready to get great, which Mr. Marshall already is.