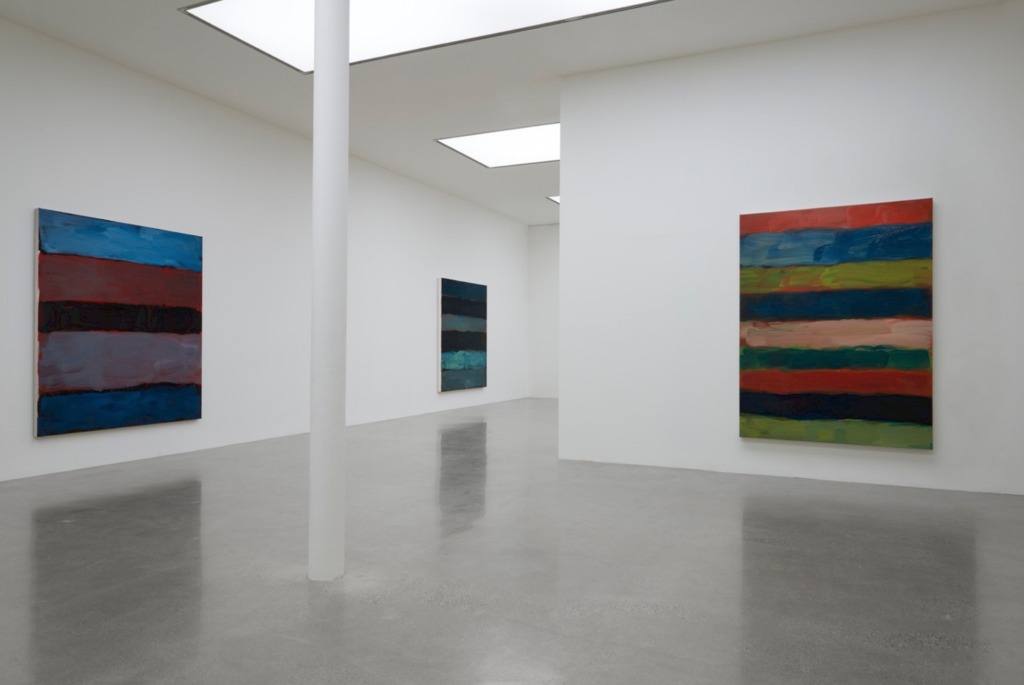 Sean Scully now increasingly seems like the most remarkable abstract painter of his generation – this, at a time when abstract art, abstract painting, in particular, is increasingly under attack. We have, however, just received a reminder of how powerful and moving it can be from the magnificent Abstract Expressionist show now on view at the Royal Academy.

Though Scully belongs to a different, younger generation, the big canvases he currently has on show at the Timothy Taylor Gallery would look quite at home in that context. Yet, at the same time, they don’t seem in any way derivative. Throughout his career, he has been very much his own man. Painting, for him, is a declaration of belief – belief in the importance of the activity he is undertaking. Belief in the power of paint on canvas to communicate ideas and feelings – feelings in particular. But there is a lack of the rhetorical egotism that marks a lot of what the major AbEx artists produced. He doesn’t hector the audience.