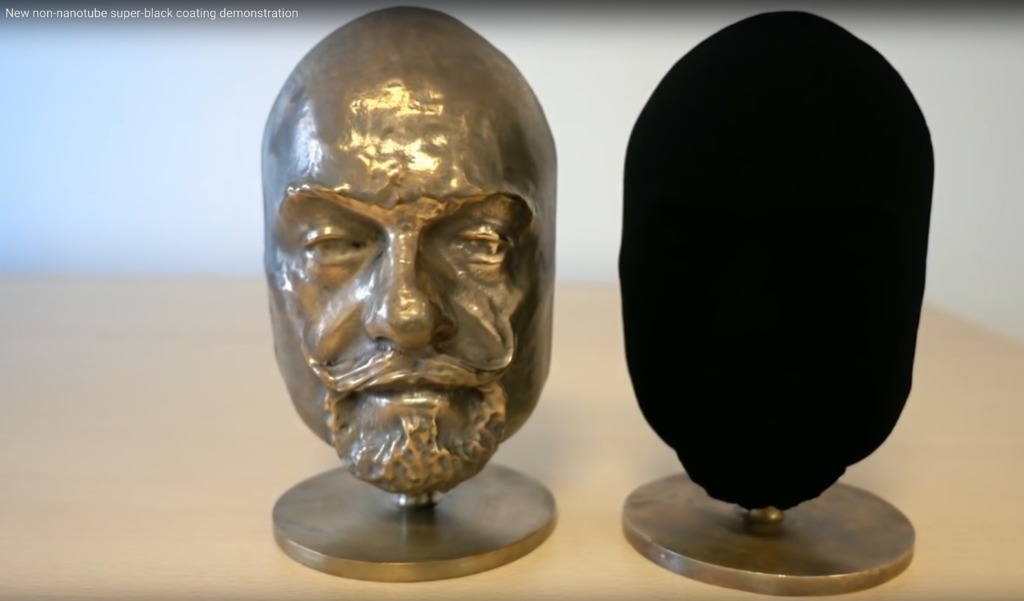 Artists the world over were instantly captivated three years ago when UK-based Surrey NanoSystems announced the invention of Vantablack, the darkest material ever made. And things continue to get darker: The company has been advancing the technology, and released some astonishing photographs and footage of the pigment in action, which have to be seen to be believed.

A video released last year by Surrey’s scientists shows a “new development of the Vantablack process… a coating so black that our spectrometers can’t measure it!” When a laser pointer is aimed at the Vantablack-coated surface, it vanishes completely, as if no light were touching it at all.