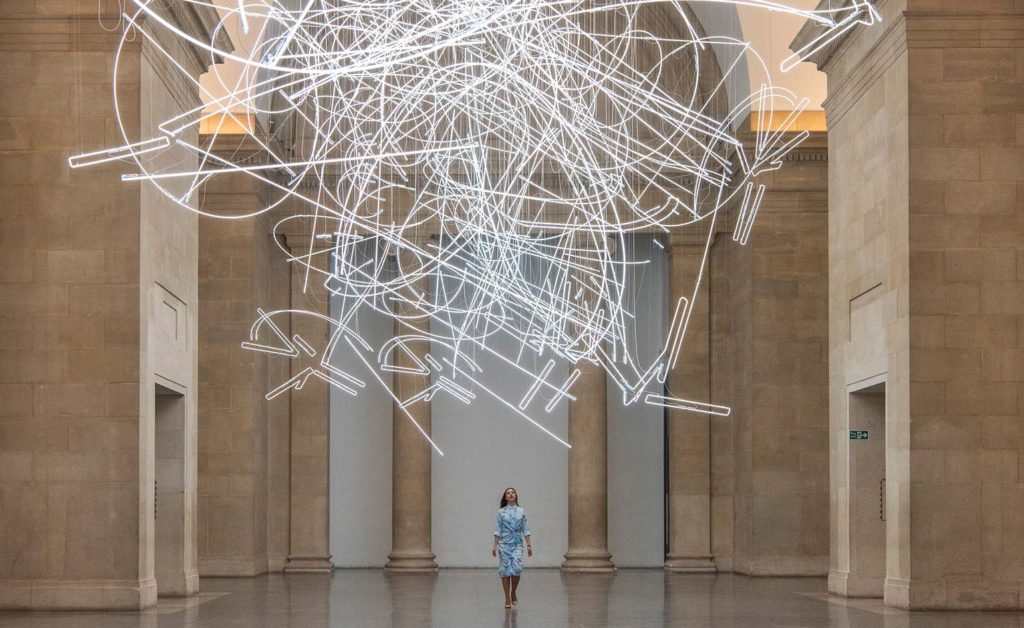 Welsh artist Cerith Wyn Evans is more familiar than most with London’s Tate Britain. He strolled its iconic galleries as a guard in the late seventies, while studying at Central St Martins. With a beautiful sense of symmetry, he has returned 40 years later, as a much celebrated artist.

Wyn Evans’ new masterwork, Forms in Space…by Light (in Time), fills and stretches the Duveen Galleries. Annually, Tate Britain invite an artist to develop a work in response to the grand neo-classical hall, that addresses the heritage of the space as a sculpture gallery.