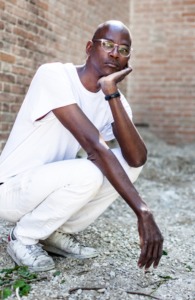 Mark Bradford’s concern: How can he represent the United States when he no longer feels represented by his government?

Sitting on a crate, his long legs extended, Mr. Bradford, 55, was confronting a pressing concern beyond exhibition plans: How can he represent the United States abroad at a time when — as a black, gay man and a self-proclaimed “liberal and progressive thinker” — he no longer feels represented by his own government.

The broad social changes in America — from the police violence that ignited the Black Lives Matter movement to the messages of hate that he feels were unleashed by the November election — fueled a personal sense of crisis that permeates much of his forthcoming show in Venice, “Tomorrow Is Another Day.”

“I had to ask myself when I got this pavilion, what do I want to do with this?” he said. “I knew I did not want to stand on the mountaintop as Mark Bradford but find a way to help build different relationships.”

He is hoping they will last long after his large paintings have left the United States pavilion and the summer crowds empty out of the leafy Giardini.