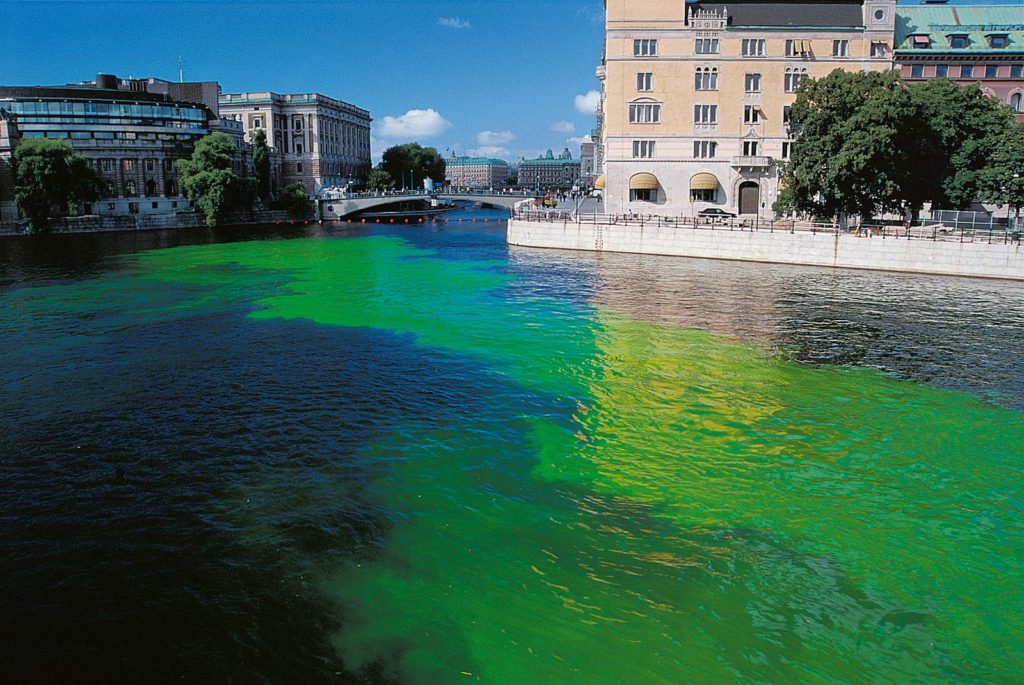 Textbooks tend to organize art history chronologically. But what if we re-told art history through color instead? Artspace is publishing a series of articles excerpted from Phaidon‘s Chromaphilia: The Story of Color in Art, each one offering a close look into the history of a single color in its relation to art. Last week we examined red, and in this iteration, we look at art history against the grain of green, and the color’s conceptual, psychological and cultural significance in the works of Bruce Nauman, Brice Marden, and Olafur Eliasson.

Green seems to exert charismatic power as metaphor, yet the symbols can be contradictory, depending on cultural and personal context. Green gems depicted in mosaics from Santa Maria Maggiore, for example, could be understood through various lenses: ritual or ethics, optics or magic. Other contexts for thinking about green include the realm of commerce and industry, as explored by Boetti, or the colors of gender bias, which Dumas uncovers in the annals of medical history. Nauman‘s green not only imposes its discomfiting mood on participants but also engages viewers in a sensory experience that demonstrates how eye and brain produce uncanny perceptual effects.