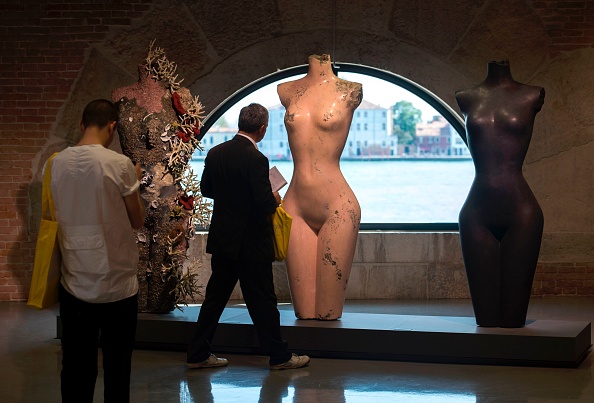 A deep dive into the British artist’s prices as he attempts a comeback.

After years of sluggish auction prices, is Damien Hirst poised for a comeback? In 2008, the British artist bypassed the gallery system to bring 167 newly created artworks straight to the auction block. The unprecedented sale upended every market convention and raked in $200 million. But the financial crisis hit Hirst’s market hard—in fact, Lehman Brothers collapsed the same day as the auction. And his prices have never quite recovered.

Now, Hirst’s dealers and collectors are betting that a much-hyped François Pinault-backed show in Venice—which cost an estimated £50 million to produce—can bring his market back to its former heights. The show presents Hirst’s first major new body of work in 10 years, and follows his return to powerhouse gallery Gagosian last year.

As Hirst’s market matures further, the distinction between the early 1990s work and later work will become even more pronounced, says advisor and dealer Nick Maclean. He predicts that prices for the earlier spot paintings, which were more likely to have been painted by Hirst himself, will soon eclipse the later ones, which were usually painted by Hirst’s army of assistants. “That’s the thing with conceptual work, you want to be in there early,” Maclean says. “It’s not like an artist developing his style, it’s an idea you’re buying.”