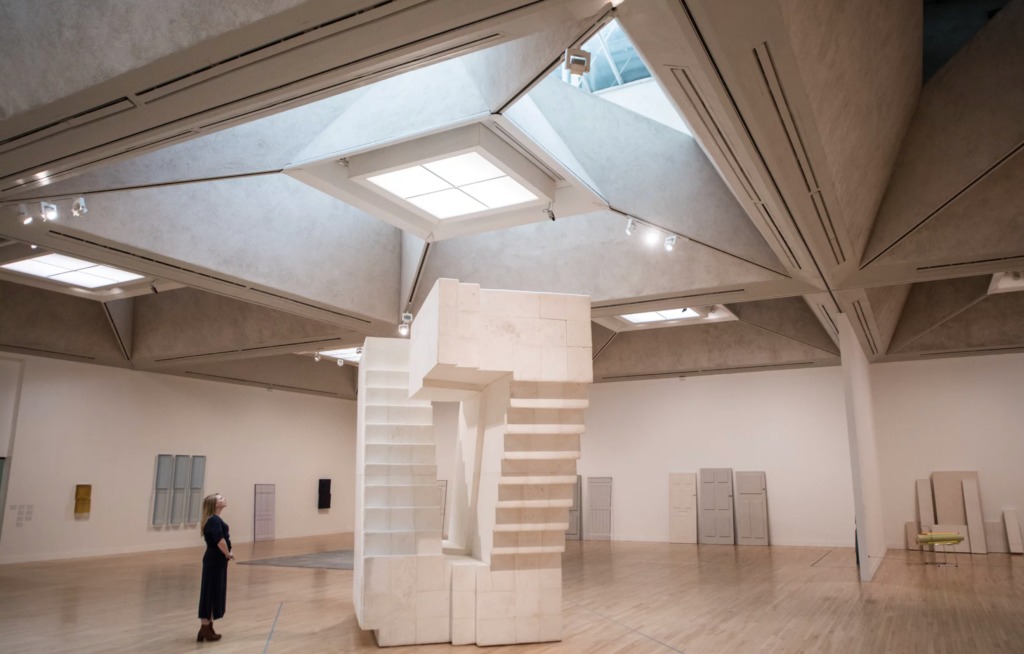 Tate Britain, London
Whiteread’s inside-out casts of everything from hot-water bottles to chicken sheds are poised between banality and a spellbinding poetry of the past.

There is a small white shack on the lawn in front of Tate Britain. It looks exactly like the very thing it is, namely the concrete cast of a chicken shed. The windows are blind and the door could never open to let the birds out, for the object is a solid block, heavy and impenetrable, unlike the airy structure it repeats. And yet it is still, first and last, a chicken shed.

Or is it? The art of Rachel Whiteread turns things inside out. This piece – hailed as a major new work at Tate Britain, though it’s anything but, and the artist calls it “shy” – is a cast of the space inside the shed. There’s a clue in the fact that the window frames are indented, instead of standing out. But so what? The object on the lawn – literal, stolid, untranslated – retains the form of the shed. It is a sculptural tautology.