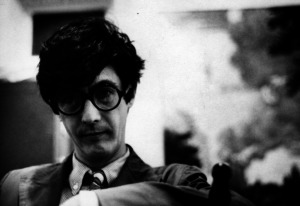 He was slight and unassuming with a bushy mop of dark hair and deep circles under his eyes hinting at the alcoholic dissipation of a poète maudit. His voice was a suggestive murmur, both musical and raspy from smoking too much. Most people called him Dick. To friends he would announce himself as George, a mannerism dating back to when he and his father addressed each other as “George” and “Lennie,” after characters in Steinbeck’s Depression novel “Of Mice and Men.”

No one knew why Dick Bellamy nicknamed himself after a loser, but perhaps it was a reminder that he was a child of the Depression who had no fear of losing. In every respect, with his deep connections to the world of the Beat poets, writers and jazz, to the artists of Provincetown and the Lower East Side in Manhattan, Bellamy was a free spirit, a quiet catalyst behind the art of the ’60s.