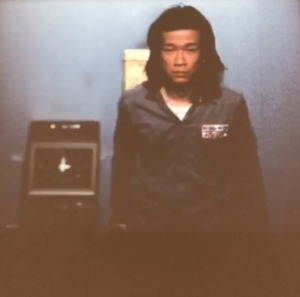 The Venice Biennale is hosting the biggest exhibition of work by the Taiwanese artist Marina Abramović calls ‘the master’.

“My impression of the Venice Bienniale is that it is the Olympic Games of the arts,” says Tehching Hsieh. “I’m in the category of marathon.”

If any artist knows about endurance it is is Hsieh, a Taiwanese artist who has created some of the most extreme performance art ever made. His work, mostly made in obscurity in a series of challenging one-year performances, was a precursor to the likes of Marina Abramović who acknowledges him as “the master”.

Recognition has come relatively late for Hsieh, who at 66 years old describes himself as “semi-retired”. Thirty years after his first year-long performance piece, his work was exhibited in 2009 in the Guggenheim and the Museum of Modern Art, and in 2014 he held an exhibition at Carriageworks in Sydney. In his most extensive retrospective yet, at this year’s 57th Venice Biennale, he is representing his home country Taiwan in a pavilion that records some of his most fascinating and thought-provoking works via an archive of documents, contracts, photographs and maps.