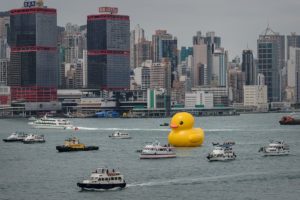 China has been described as “the largest growth market for the art business, anywhere.” See how auctioneers and dealers are tapping into it.

In the past year alone, no fewer than six galleries have opened or announced plans to open an outpost or office somewhere in Asia.

Amid announcement after announcement, it may feel like Western art businesses have been working forever to tap into the Asian art market. But in fact, the push to set up outposts in China—as well as South Korea and Japan—began less than a decade ago. And much of the momentum has picked up only in the last several years. In a recent interview, the CEO of Phillips, Edward Dolman, called China “potentially the largest growth market for the art business, anywhere.”

Now, galleries are looking not only to import their own artists to cities like Shanghai and Beijing, but also to scout major local talent. And some have begun to look beyond financial hubs like Hong Kong to expand into less saturated markets like Seoul.

Having trouble keeping up with all the action? We have compiled a handy list of major galleries and auction houses’ initiatives in Asia to get you up to speed—fast.