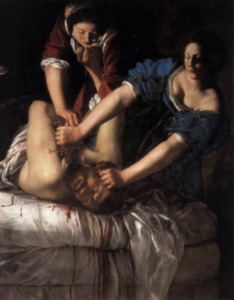 Implications of the Women’s Lib movement for art history and for the contemporary art scene—or, silly questions deserve long answers.

A version of this story originally appeared in the January 1971 issue of ARTnews.

While the recent upsurge of feminist activity in this country has indeed been a liberating one, its force has been chiefly emotional—personal, psychological and subjective—centered, like the other radical movements to which it is related, on the present and its immediate needs, rather than on historical analysis of the basic intellectual issues which the feminist attack on the status quo automatically raises.1 Like any revolution, however, the feminist one ultimately must come to grips with the intellectual and ideological basis of the various intellectual or scholarly disciplines—history, philosophy, sociology, psychology, etc.—in the same way that it questions the ideologies of present social institutions. If, as John Stuart Mill suggested, we tend to accept whatever is as natural, this is just as true in the realm of academic investigation as it is in our social arrangements. In the former, too, “natural” assumptions must be questioned and the mythic basis of much so-called “fact” brought to light. And it is here that the very position of woman as an acknowledged outsider, the maverick “she” instead of the presumably neutral “one”—in reality the white-male-position-accepted-as-natural, or the hidden “he” as the subject of all scholarly predicates—is a decided advantage, rather than merely a hindrance of a subjective distortion.

What is important is that women face up to the reality of their history and of their present situation, without making excuses or puffing mediocrity. Disadvantage may indeed be an excuse; it is not, however, an intellectual position. Rather, using as a vantage point their situation as underdogs in the realm of grandeur, and outsiders in that of ideology, women can reveal institutional and intellectual weaknesses in general, and, at the same time that they destroy false consciousness, take part in the creation of institutions in which clear thought—and true greatness—are challenges open to anyone, man or woman, courageous enough to take the necessary risk, the leap into the unknown.