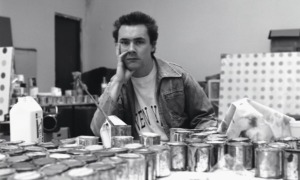 He was living in a squat and stuck in a creative rut. Then one day, concerned for his neighbour’s safety, he broke into his house. What he found there triggered an artistic explosion.

In the early 1980s, I was living in a squat in White Hart Lane with a painter friend, trying to put enough work together to get into Goldsmiths college. I was trying to paint, but I’d get stuck – not because I couldn’t think of anything to paint, but because there was too much possibility. My studio was in the squat and as I worked I’d hear the old guy who lived next door listening to his TV or radio. I’d see him out on the street, too. He used to walk around in big coats pushing a shopping trolley. He’d go collecting things and bring all this crap back. I found out later he was called Mr Barnes.