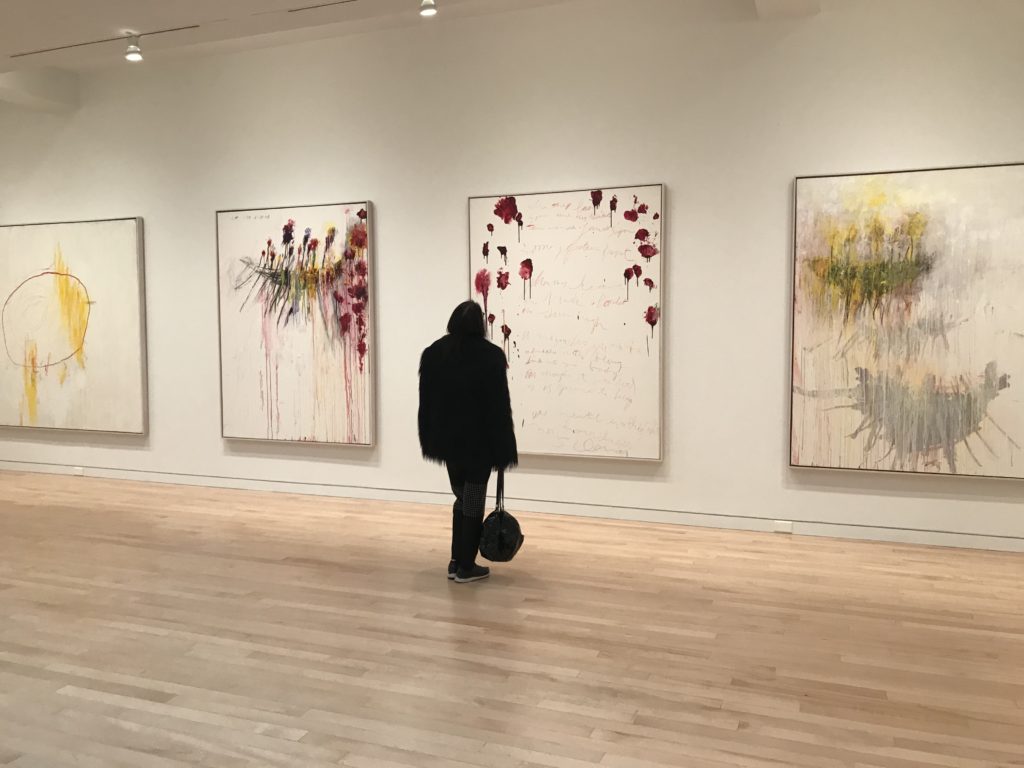 The gathering of works in Chelsea reconfigures the general sense of Twombly (1928-2011) as a lanky, slow-moving, ever-relaxed Southerner who worked in fits and starts and soaked up the good life on Italy’s Amalfi Coast or in Lexington, Va. — his birthplace, to which he returned in his later years. In its stead is a man driven by an almost demonic energy, who never stopped pushing and testing his aesthetic engine, drawing, making it ever bigger and more encompassing.

Paraphrasing Shakespeare, this show could be said to ask, “What’s in a line?” Everything: drawing, painting, language from vulgate to Olympian, mathematics, pictographs, architecture, writing in tongues, the body, the war between the sexes, myth and history, and nature, especially the sea.

Twombly was more traditional and more European, and not much of an appropriator, except in his sculpture. He also was not an urban artist, but a pastoral, romantic one — a lyric poet often inspired by nature who read omnivorously, breaking his experiences down, releasing them as a kind of visual music through the seismographic vibrations of his hand. He seems less drawn to transgressing the physical boundaries of media — although he does combine drawing and painting — than in expanding art’s capacity for direct emotional expression and radical vulnerability. It reverberates throughout this sumptuous show.